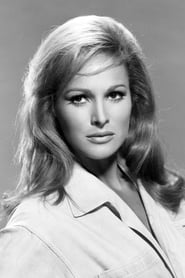 Ursula Andress is a Swiss-American actress and former sex symbol. She is best known for her role as Bond girl Honey Ryder in the first James Bond film, Dr. No, for which she won a Golden Globe. She later starred as Vesper Lynd in the Bond-parody Casino Royale.