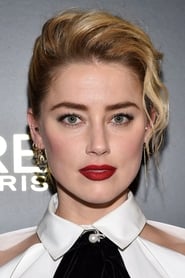 Amber Laura Heard (born April 22, 1986) is an American actress. She played the lead and title character in All the Boys Love Mandy Lane, which debuted at the Toronto International Film Festival in 2006. Heard's first starring role came in 2007 on the CW television show Hidden Palms. Her breakthrough came in 2008 with roles in Never Back Down and Pineapple Express. In 2009, Heard starred in The... Read more